Similar to the double top and double bottom patterns, the triple top/bottom works in a very similar way.

It is a pattern that we use in order to identify trend reversals during market uptrends/ downtrends. If we spot them during an uptrend, then this is a very clear signal that the market is about to undergo a bearish reversal.

On the other hand, if we spot them during a market downtrend then this is a clear signal that the market is about to undergo a bullish reversal.

A triple top pattern occurs when we see three subsequent peaks at very similar price levels. As the price has tried to break this price level on three separate occasions and has failed, we can safely assume that this is an area of resistance.

Similar to the double top, the area that the price pulls back to is referred to as the neckline. Should this level break after the third peak then we have a clear signal to enter a sell.

A clear and obvious area to set out stop losses would be above the highest peak in the triple top pattern, which is usually the first peak. If the trade was to break that price level the trade has become invalid and the triple top did not form correctly. 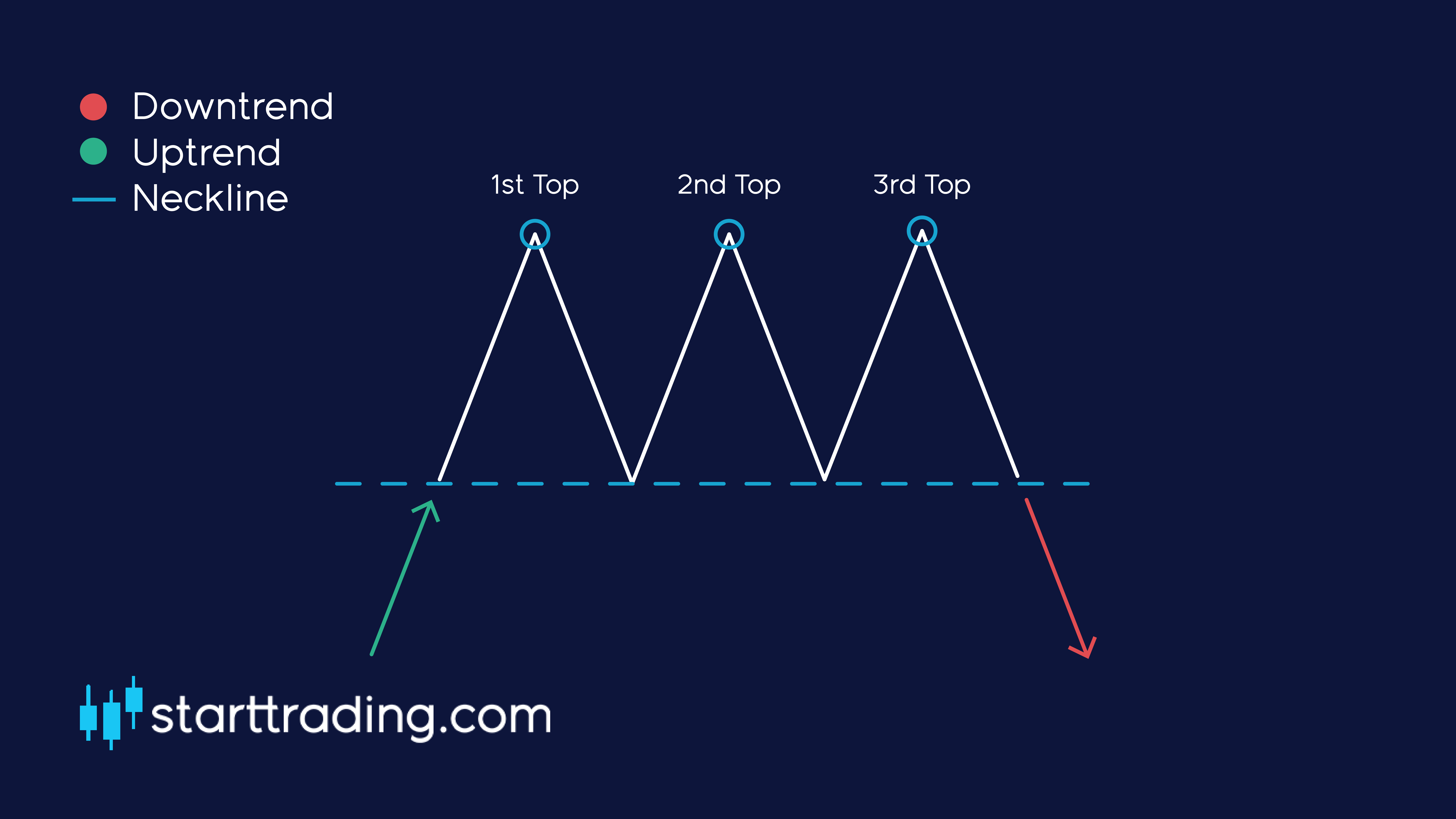 As you can see from the image above, the price created three peaks that it failed to break and then eventually broke out of the neckline support after the third peak. This was a clear point for us to enter a SELL position.

Note: We can obtain a clear take profit point when trading this method by looking for the price to retrace at least the same distance between the top of the peak and the neckline. We can use this as a guide to where to expect the price to reach.

The triple bottom is the exact mirror image of the triple top. Here is an example. 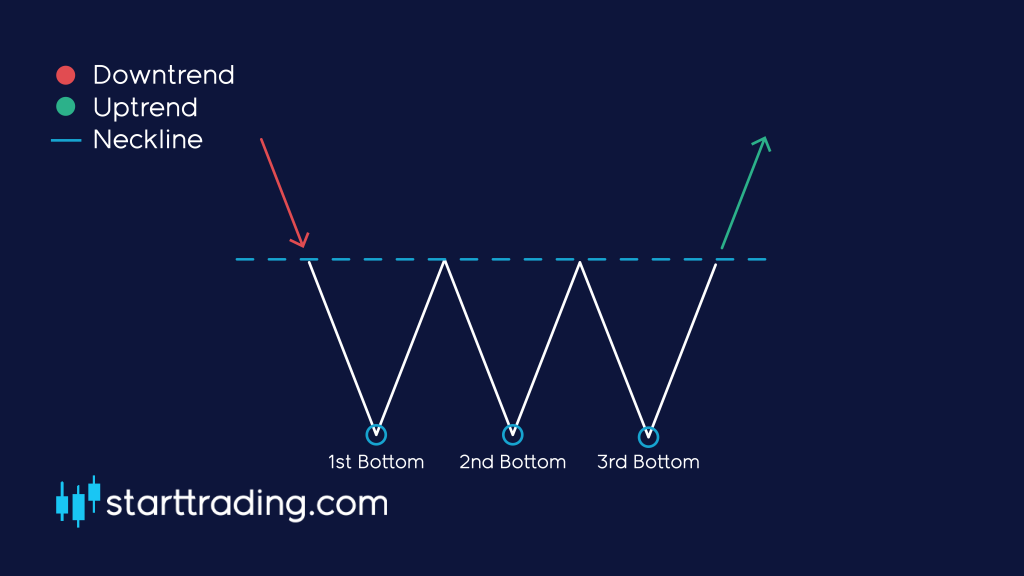 The exact same principles apply to the triple top, so just trade it the exact same way that you would a triple top, except for this time we enter a LONG position upon the break of the neckline.

Ready to learn how to trade?

Want to earn whilst you learn?

Risk warning – Investing involves a substantial degree of risk and may not be suitable for all investors. Past performance is not necessarily indicative of future results. The information provided by StartTrading is for educational purposes only and is not a recommendation to buy or sell any security. By accessing any StartTrading content, you agree to be bound by the terms of service. Click here to review the Privacy Policy and Risk Disclosure. We use cookies to provide a personalized experience for our users. Read more from our Privacy Policy.